Android is the most widely used operating system for mobile devices.

Now after 10 years since debut of first Android phone, the platform has reached 2 billion users worldwide. Google’s decision to make Android open source has made it popular among OEMs too. But this has resulted in making the platform a attractive target for cyber criminals to exploit data of users. Here are a few tricks and tips to make Android secure and private. 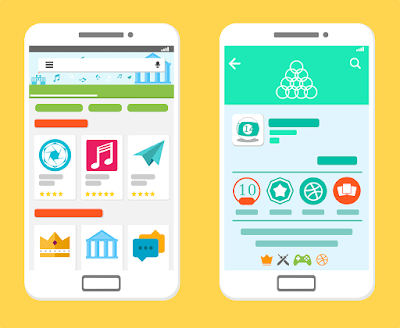 Almost every Android phone (except in China) comes with Google Play. As I said in previous posts, apps are the one which get executed by system. As a result, it is very important to stay away from malicious code in apps.

Apps on Google Play Store are generally safe. So make sure you stay away from untrusted sources for installing apps. You may be tempted to get free versions of apps that are paid on Play Store. But I strongly recommend you not to do that.

F-droid is another app store for free and open source apps which you can trust. The open source nature of apps on f-droid makes it reliable. 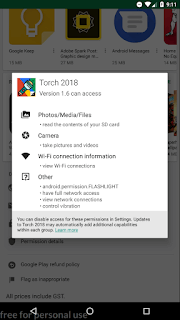 Why a flashlight app needs so much.

There are a lot of apps that can track your location, access your contacts and do many things. They require access to your device for some features. Like WhatsApp using your contacts for chats.

But there are some unnecessary permissions that apps require that doesn’t contribute to it’s functionality. Like a flashlight app requiring your location. And the possibilities are vast.

Devices above Android 6.0 Marshmallow first prompt you when an app is trying to access a specific feature. And then it’s your duty to control access of the app to specific feature. This way, you can use the application while blocking it’s access to certain features that you don’t want to give to the app. 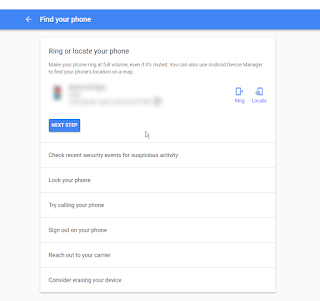 If your phone falls into wrong hands it’s becomes easy for them to get into it. And the next thing you must do is to gain access to your phone. Google’s Find my Device app helps to do that. This app saves your location info and sends it to your another device with the same Google Account logged in. Also if you have multiple devices, you can track them right from the app. You also have multiple options like erasing your data.

As Android comes with a lot of security features built-in in the network module. The Linux kernel in Android keeps it away from lot of attacks. This makes your phone immune to attacks that can harm Windows computers. But the internet is not an easy place. You get several messages from WhatsApp and Instagram that are forwarded many times and the consequences can be bad.

The web is itself an ecosystem of many services that companies offer online. You can listen to music, watch videos, save online notes, and lots more. But hackers can use tools to track on you, get what you are doing with cookies.

That’s why browsers come bundled with many security features like ‘Do not track requests’.

As always, I recommend you to pay attention to security of websites you visit. And also check the URL before you go.

As Android runs on two billion devices and some companies having diverse portfolio, it is difficult for all of them to keep up with latest version of Android. Samsung and other OEMs just tend to leave older and cheaper devices without even a single major update.

You may not be able to keep your device with latest major release of Android but keep it up with minor updates that include patches. New initiatives by Google like Project Treble is helping to counter fragmentation problem.

Also Pixel line of devices by Google is always up to date with latest flavor by Android team. Third party OEMs like HMD Global and Motorola are also working to get latest version of Android. So next time you get your new phone, make sure you will get updates time to time.

This is one effective way of keeping bad guys with bad malicious code out of your data from your device. And now Android comes with built-in device encryption to protect your data.

Modern devices above Android version 8.1 Oreo comes with encryption by default. So you don’t need to worry about. 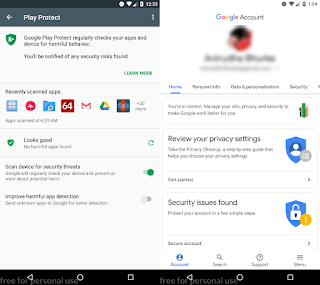 Chances are a app may require internet connection to get job done. And your activity for that service gets into servers of that company. For most of the part, it’s Google Inc. as they have their services baked into many Android phones. To manage your data associated with your Google account, just head over to myaccount.google.com/privacy.

You can also manage your Google account data in your phone Settings. Just head over to Settings > Google > Google Account. From there you can manage everything Google knows about you. And also in Settings > Google, there are many Google services listed for you to manage easily.

Using Antivirus solution! Do you need that.

Android is built on Linux kernel and it is very immune to common malware and trojans found today. But still you may be tempted to get Antivirus solution.

Please DON’T feel that not using Antivirus is going to leave your device vulnerable to viruses. These apps just consume your system resources while running in background.

This may not be a privacy concern but a tip. There are plenty of apps that may claim to clean your cache, or save battery. But these apps aren’t useful at all. These apps clean cache, but that’s not needed.

Android system can manage resources effectively. And as Android gets more flavors, it gets more better.